Our latest interview is with Kerry Mendez who has a passion for gardening, in her latest book “The right-sized Flower Garden” she discusses how to develop a garden that you can manage, often this will reduce the amount of work involved. As she explains it’s all about making the right choices, whilst at the same time making simple design changes. Here is a practical book with sensible tips, lists, time and energy saving suggestions that will help the beginner and the experienced.

Come take a listen, I’m sure you will learn something new. 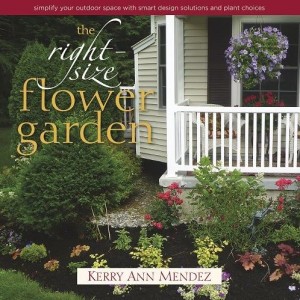 We will have two parts to this interview with Kerry you can listen to the first part here….Growing Trends

We would love to hear from you with ideas or suggestions on programs, just send us an email to info@grotrends.com

Ann is in Paris, France talking to Valerie Langendorff, President of a Women's Garden Executive Club. 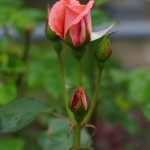 Valerie looks at Garden Centers from the ladies perspective in France, her executive ladies group have identified a number of interesting trends..

Women make 70% of the purchase decisions.

Currently 90% of Garden Centers are managed by men.

They have developed an annual awards program judged by women.

Ladies nights are arranged in the Garden Center

They have an award for the most women friendly Garden Center.

They have discovered that women like innovation more than men..

You can listen to this fascinating interview here or on iTunes

Today's Garden Centers have evolved over the years, there are independent garden centers often in a local neighborhood, there are larger groups with multiple locations.

Many of the big box ‘Do it Yourself stores’ have larger and larger ‘Garden Center’ sections.

If I were  "Opening a Garden Center today' – what would it look like?

The question recently has been where are they all heading.

So Ann asked Sid & John – Today's Garden Center – If I were to 'Open a Garden Center today' – what would be your recommendations?

International retail guru is what people call me. Specialising in helping retail businesses to grow their bottom line and expand their market base. I work in 26 countries with retailers of all sizes. My expertise ranges from conference speaking to hands on management consultancy. My specialist retail areas are in perishable retailing – anything that will not last long without loving care on the shelf

Our interview with Sid Raisch and John Stanley, two ‘guru’s of the industry may help to answer that question.

You can hear this fascinating interview at www.growingtrends.org or on iTunes at Growing Trends

What do you think?

Ann & Chris would love to hear your views.

Ann and I interviewed John Stanley of John Stanley Associates  recently about his new book, he jointly wrote with his wife Linda,

The fastest growth in tourism today is the culinary sector.

Listen to John as he explains the overall direction of food tourism, including how he sees future development.

Do you grow soil?

25% of the food we buy comes from 2% of the farmland around our cities, which is being swallowed up by development.

Eating local seasonal food saves you around 25%, and is actually healthier for you!

You can hear this really informative interview here www.growingtrends.org or on iTunes at Growing Trends

A few years ago I read a paper about how grasses 'moved' to music, then I read about the effects of harmonious sounds on plant growth.

Why do I mention this ? Well a few weeks ago we were talking about Tesla and his discoveries, which led us to talking about vibrations, sound waves, force fields etc., then a strange thing happened.

Ann and I interviewed a wonderful lady landscape architect Jan Johnsen, about her new book "Heaven is a Garden" we talked a little about how at a very young age she discovered during a science fair competition – which against all the odds she won – the effects early morning birds singing have on plants. The sound waves, which are similar to a violin stimulate a plant to open its stomata taking in carbon-dioxide to help it grow quicker.

Jan has written a new book called Heaven is a Garden, it's a really fascinating and informative read.  Jan has 'connected' the dots so as to speak, between the natural world and our emotions. How the Four Winds are important when laying out a space,the careful use of curves, and my favorite Golden Rectangles and the Divine Proportion. – Phi is the mathematical proportion ( 1 : 1.618) we see in every natural form. Using this proportion ensures a sense of harmony in any outdoor space that contains it. I've always tried to use these proportions in my designs.

Jan then talks about Trees – natures rechargers as she puts it… The Celts  shunnache,  the Hindu tree devas, and Greek dryads are really references to light energy? The Chinese call this energy chi…the Japanese consider the health giving properties of trees the basis of a medical therapy called ' Forest bathing', it helps reduce stress.

Jan then discusses the magnetic attraction in a Zen garden – rocks in these gardens reflect a deep understanding of the geomagnetic properties of stone and its impact on a place.

Finally the benefits of color in a garden.

You can listen to our truly fascinating interview with Jan Johnsen  or if you prefer on iTunes at Growing Trends
We would love to hear from you, with your comments or  ideas for shows write to us at info@grotrends.com
Ann and Chris

There has been quite a revival or is it renaissance  in growing herbs and vegetables at home recently ?

The beauty of growing at home is that the gardener knows where this food has come from, what he has used to grow it.

The produce tends to be fresh, packed full of nutrients, tastes delicious. More and more people are joining in this healthy pursuit.

It's been a few years since Mel introduced us to his space saving vegetable and herb growing system.

Today it seems even more appropriate as a way to "Garden in Less Space with Less Work using less Water".

We hope you enjoy this first interview with Mel, do let us know what you think and please send us your ideas, suggestions, comments and requests to info@grotrends.com.

You can find out more about Mel's books Here

You can also listen to the interview  on iTunes at Growing Trends.

Community gardens – the modern name for an ‘Allotment’ is a case in point.

The growing popularity of farmers markets, are helping to provide locally grown produce, that is grown in season, rather than having all food always available. There are some real benefits to eating ‘for want of a better word’ the right vegetables for the season.

We talk about water usage and the changes coming. To how we will all have to change some of our habits in these new times. In the meantime we all need to reconnect with nature, spend time to just take a stroll in a garden or park.

If you enjoy our interviews with these fascinating people, do drop us a line with ideas or suggestions to info@grotrends.com or better still like us on Facebook

Our interview this week is with Bill Sosinsky and Joe Ravet, it's all about the amazing properties of algae and  the work being done today that could transform many areas of our lives. This fascinating interview is in two parts, with the second part coming next week.

Algae has some fascinating uses :-

As an Energy Source –  a 737 plane flew from Houston to Chicago on fuel derived from algae, way back in 2011

As a Fertilizer – from as long ago as the 16th century, seaweed has been used a fertilizer.

As a source of Nutrition – China has been consuming Algae for over 2000 years, they harvest over 70 species as does Japan, Ireland, Chile, Wales,Korea, California, New Zealand, Hawaii, Scotland, Greenland and Iceland to name a few. It was an ingredient in Aztec foods.

As a Pollution control –  treating sewage with algae, reducing the use of toxic chemicals that would be used. They can absorb fertilizer run off from fields. Aquariums can be filtered by algae

As a Pigment  – alternative to chemical dyes

Amazingly  there could be more than 72000 algae species worldwide.

We would love to hear from you, our email address is  info@grotrends.com

It's that time of year again, as we move from Spring into Summer all sorts of tasty treats abound in our gardens, our interview today is with a lady who has taken this to a new dimension. 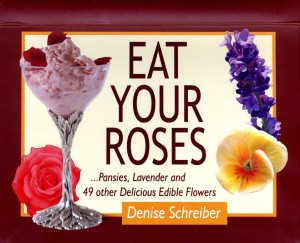 Ann & I caught up with Denise Shreiber recently to interview her about her fascinating book, all about edible flowers.

Being a transplanted 'Brit' it was interesting to hear that her book was born after a trip to England where she sampled 'Rose Petal Ice Cream', Here I was, under the illusion that everyone visited our wonderful gardens and stately homes for the good old English cuppa with perhaps a scone, butter, jam and clotted cream !

You can listen to Denise here…